where to go
where to stay
where to eat
where to drink
where to buy
ANATORI, KHEVSURETI

The Remains of a Brave Sacrifice

A top of the emerald hills in Georgia’s Khevsureti region near the border with Chechnya, a collection of small stone huts house the remains of a brave sacrifice. Located three kilometers from Shatili, Anatori once was a village full of life until disaster struck in the 18th Century.

As the legend goes, the black plague swept through the village, causing many of the villagers to die. Understanding that the deadly plague was contagious, the villagers built special vaults in advance so as not to infect other people in the village. Situated a far away from the village so as to prevent the spread of disease, the vaults had stone shelves, where the sick would wait for death to come. It is believed that only one small child survived the plague in the village. Today, visitors can see the harrowing remains of the brave victims in the vaults. 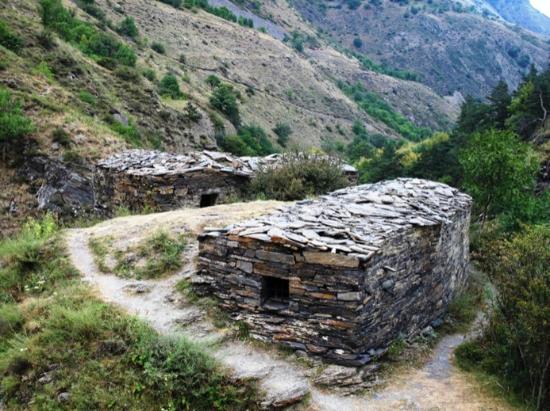