Some 50km outside the capital is a small reserve for Georgian Brown Bears. It is not set up to receive visitors so approach the fences cautiously!

Countrywide, Brown Bears are at risk of dying out due to hunting, although hunting this species of bear is prohibited by law and can be punished by a fine, correctional work for two years, or by up to three years in prison plus three years without permission to work.

But despite the punishment, Brown Bears are still hunted, killed and captured for people’s entertainment. Some bears have been held in captivity for years to entertain guests at petrol stations, restaurants, hotels, monasteries, circuses and in private houses throughout the country.

Last summer, the Georgian Society for the Protection and Safety of Animals (GSPSA) reported the disappearance of Brown Bear cubs, which were seen outside a restaurant in the village of Variani near Gori. An eyewitness heard the bears crying inside a small, dark building, recorded the scene on his phone, and sent the video to the GSPSA. When the restaurant owners found out, they hid the bears. Luckily, the cubs were soon found alive and given to the Head of the Zoological Center for rehabilitation. Sadly, this is not they only time animals have become victims to cruel humans, kept in too-small cages in cold, dark and lonely conditions: there are many such cases still hidden from the public.

In 2010, to solve the problem of bears in captivity, the Brown Bear Shelter was established by the Ministry of Environment and Natural Resources Protection. Once rescued, the bears are rehabilitated by the shelter so they can go back into the wild.

The shelter is on land bought by the founder, Soso Jikurishvili and is funded by him and through public donations. The bears are currently being fed by the generous donations of the Carrefour hypermarket chain. 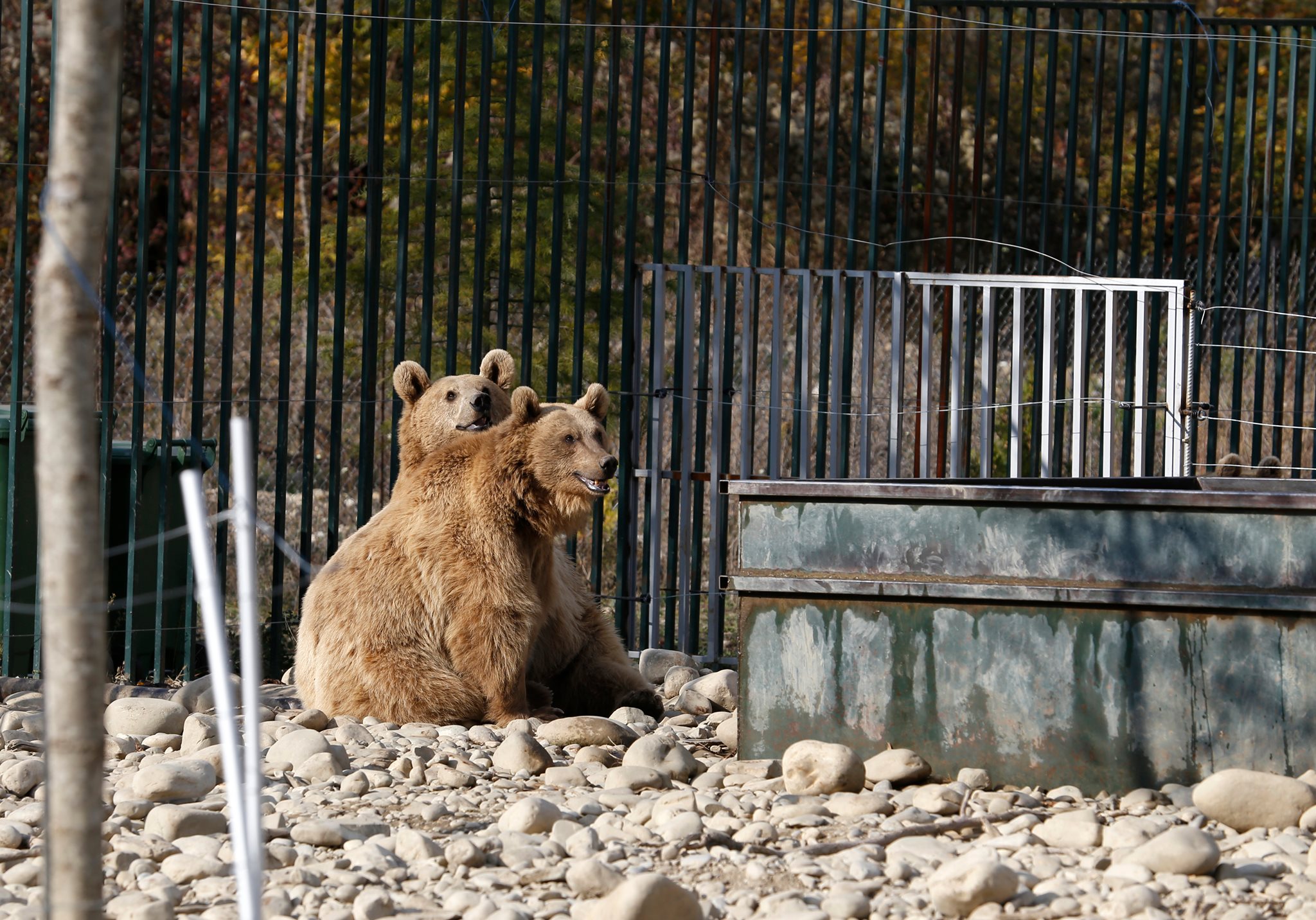 VISITOR EXPERIENCE (2018): "We stopped by the bridge across the Tezami River, planning to walk down and get a closer look at the water- to pass the time and enjoy the sunshine. To our astonishment, we came across a wall separating us from the river. Further investigation revealed the last thing we expected: a bear sanctuary! Five big, golden bears in a large barred enclosure, kept in check by thin electrified wires that they had clearly already had the sting of. A big bath on one side and large dog houses for shelter, the enclosure was large but far from entertaining for the poor animals. But the bears looked healthy and happy enough and my kids were thrilled to be able to stand within a meter of a real bear- no watchful eyes or security out here in the sticks, just mum saying 'Don't go any closer- just look at those claws!'"